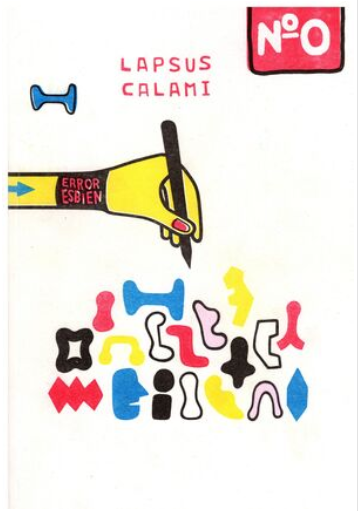 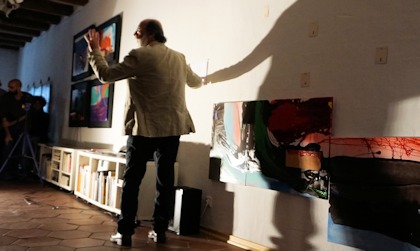 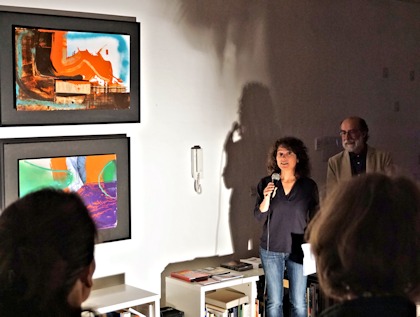 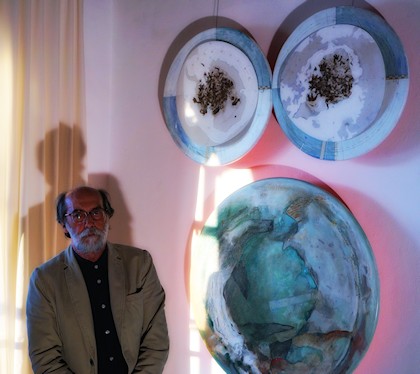 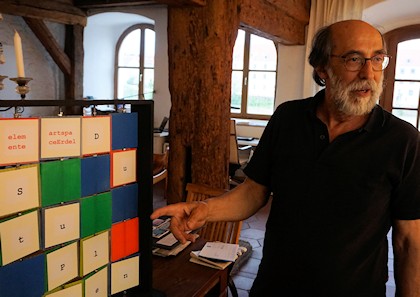 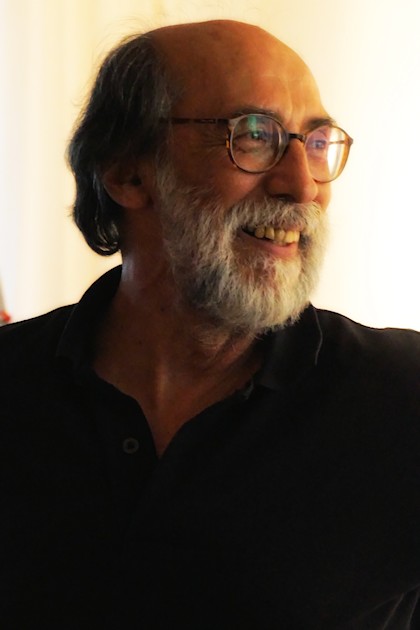 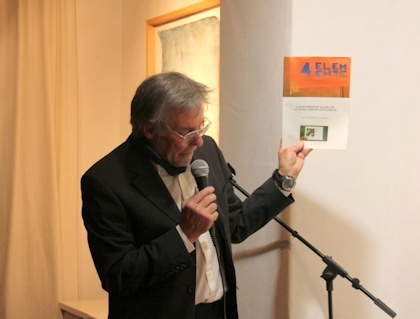 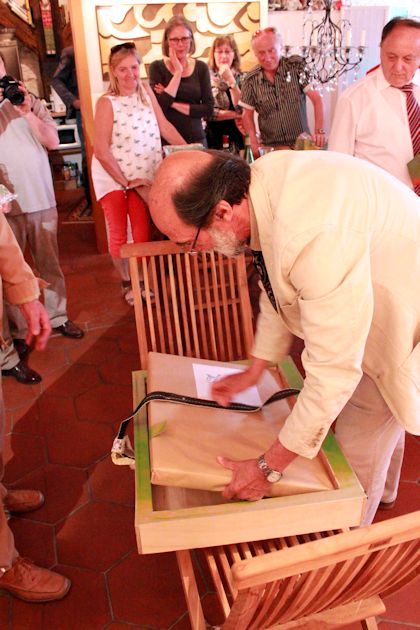 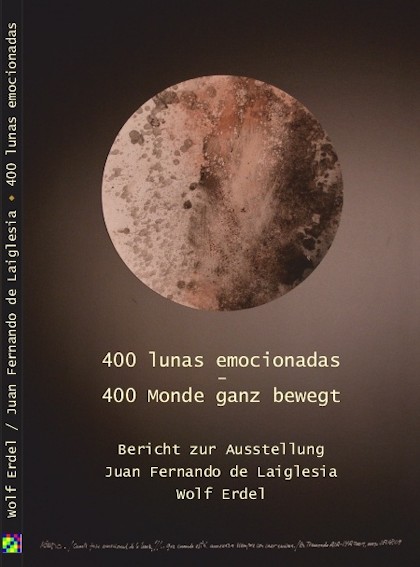 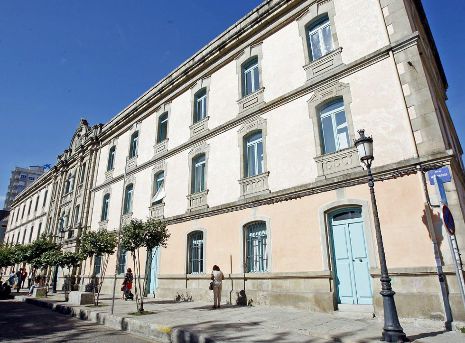 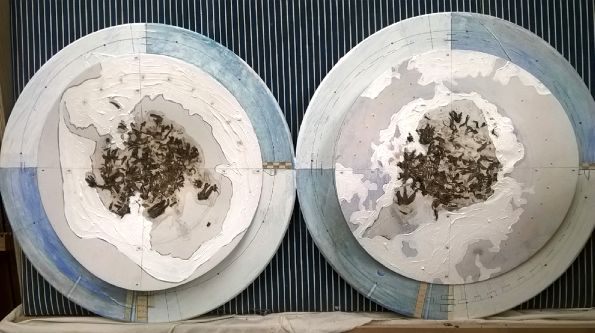 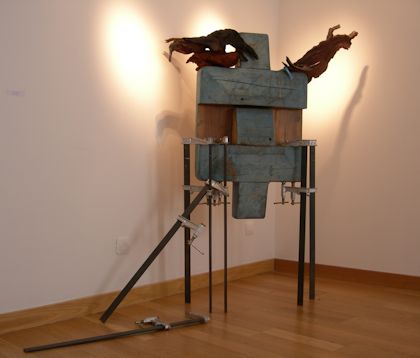 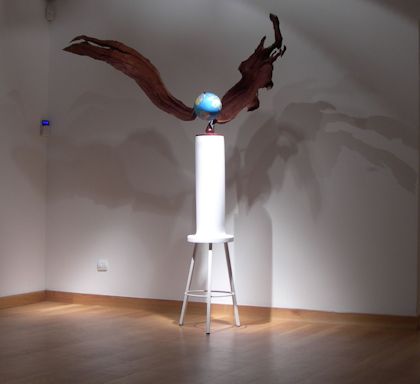 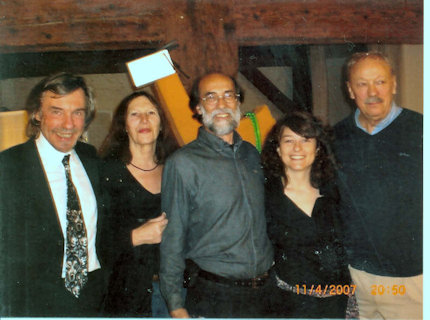 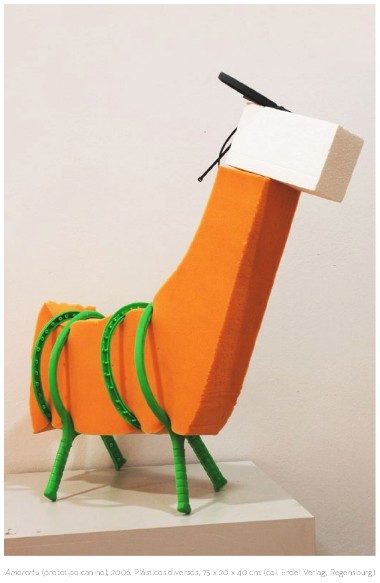 He is born in Madrid in Claudio Coello street, son of Juan Antonio, theatrical author and Josefina, exemplary Cadiz woman. He suffers serious intestinal problems which he survives with serum injections.

He forgets to go to his first communion afternoon party, delighted with a rubber sword that he had been given. In the morning he finds their folding bed full of white little flowers and there was a meal at Samuel s, where years later Juana Mordó will settle.

In a school trip to Pozuelo he dedicates the afternoon to eat some yellow flowers called bread and cheese, and he nearly dies. In a picture of all the grandsons, about sixteen of them, he discovers that he is the only one who is laughing.

He imitates Captain Trueno in a party with the cousins and he receives a stab in the forearm with a calligraphy pen. He observes the scale models of theatrical scenarios that usually has at home and learns with great difficulty the text of Don Luis from a Don Juan Tenorio for children.

From time to time he feels shudders when he hears playing free jazz to his father in a vertical piano. In a trip to Montecarlo he loses the passport and he is afraid for the second time; the first one was years before, faced with an illuminated green hand in the corner of the living room at night, the same color as the one Man Ray made in 1920, called Puericulture 2.

1961 He learns in Eduardo Capa 's shop in Arganda the foundry methods in brass in the manner of the lost wax, whose scent he will remember during all his life.

In the town of Catache in the Peruvian Mountains an Indian woman gives him a hen egg when he was already on the horse to travel four hours to Cajamarca.

He studies Aristotle, Pascal and Jung in Huachipa, near Lima, and the Veda and Gilgamesh texts with Dr.Rouillon. He shows his paintings to the Austrian muralist Winternitz. He goes for a walk with his partners, Robert Jablonsky, Bill Hinds and Bop Dolan along the deserts, where they find trepaned skulls.

In the identification card for foreigners the Limean official writes "mes­tizo" to describe his race..

Being in The Valetta, Malta, he hears on the radio the invasion of the Russian tanks in Czechoslovakia. He writes and plays in Gallarate, near Milan, the theatrical piece Il Pane whose third act is a debate with the public. People commented that he is a good actor but a bad author. Tennis, Hegel, basketball, psychoanalysis, Levi.Strauss and Husserl are his basic chores besides the trips on bicycle to Switzerland, where the tobacco was cheaper.

He returns to Madrid in an Italian truck that transported a caterpiller, and from Irun in another English one, bringing a box sealed by the Brera Museum, with his canvas painted in Italy. He depicts well-known people in painting and brass and he discovers that all of them resemble a picture of his school card when he was 14 years old.

He buys a used Ducati deluxe 250 cc blue colour, which he calls Blaue Reiter. He projects with architect Carlos Morales some multiple sculptures on pastoflex molds but the attempt fails.

He paints 120 oils, two every evening, to decorate a hotel in Oropesa del Mar.

In the sculpture lessons of Fine Arts in Madrid he is suggested to leave the electric polisher and to carve the wood by hand. He asks Joaquin Gurruchaga why today we are still impressed by Marco Aurelio's bust and he is invited to incorporate as a teacher in History of Art.

He builds with iron and wood a profane Era of Armenteira in a Cambadoscellar-atelier and he talks with Paco Leiro and Manolo Paz. He uses the aluminous black cement that forges quickly.

Elena Florez in the Alcazar journal dedicates to him one of the three columns about the works that he presented in a collective show in the Veltizquez Palace in Madrid, organized by Echauz. Enrique Azcoaga tells him that he will write a book about money. He carries out paintings with collapsible framework for the transport, but they will never be moved disassembled, and their structure become more interesting than the paintings themselves.

In the dinners that he organizes R. Chávarri suggests to him not to do any more individual exhibitions as collective ones, as the last one in Tebas, a gallery that no longer exists. Paul Kijzer, representative of the Bergmans'films, buys him a drawing collection of birds.

He presents in Madrid University one thesis about Phenomenology of the Aesthetic Experience in Mikel Dufrenne that he had written while raising his first son and on an upholstered table in white plastified material, built by himself. He divides in his lessons the History of Art in three verbs: to Feel,. to Make, to Say.

He shows Juana Mordó some sculptural constructions that interest her, but he apologizes because at the moment the university doesn't allow him a lot of time to exhibit.

With a group of sculptors he exhibit in Galiarte Gallery, and Pablo Serrano likes some brass birds hung from the ceiling, and which he had cast in Arganda.

On Saturday mornings he does extraacademic doctorate courses in hisoffice, to which teachers of Art from different points of Spain attend.

He writes for the Diart Magazine Kandinsky over Freud equal to Stravinsky over Lipps, but in 1999 he prefers substituting Stravinsky by Schönberg.

He builds and shows his Boxes of Silent Music in the Miguel Angel Hotel in Madrid, and J. M_a Iglesias writes in Guadalimar whether he didn't know Cornell.

He abandons the representation of epic-dramatic narrations and begins some portraits of objects like the spatula on Masaccio's scenery, or the hammer on yellow snow, or the series of red handle tools.

He writes in August the book Aesthetic Rules to Make Metaphors thatJuan Sureda likes to publish in Akal, and Espasa Calpe doesn't publish, but that is the base of his doctorate courses and of a constellational theory that afterwards will be called conectivism, from the neurosience

He carries out symmetrical biomorphic sculptures in great size that are part of the ontinuous absurd baggage in his trips between Galicia and Madrid.

He writes for J.MY de Labra, who is living for some months at home, The Egg on the Cloth for the show at Biosca Gallery. He gives Luis Caruncho a lift on his motorbike along the Castellana Street.

He coordinates the Tekne Review and writes Aesthetic Categories of the Current Spanish Sculpture founded on the nasoclastia, and ~e talks on the phone with Arnau Puig.

As Eduardo Scala had foretold, in the show of the Casa de los Tiros in Granada there happens something positive (success and outcry) and something negative (they steal him a painting).

He doesn't exhibit in Paris his Circus Project because Ignàsi Puigjaner dies, but he visits the Rodin Museum and exhibits Eros and Thanatos twice in Weiden, near Czechoslovakia, in the Ludwig Hammer Gallery.

He exhibits in the Noes Gallery, which will close shortly after, a group of works that he calls 20 Games of Odd Symmetry, and in Huesca Symmetry Exercises on a Divergent Hanger. Martin Chirino likes Leukóptero, a three alabaster-block composition on the floor.

The Rector Luis Espada commissions him to create the Faculty of Fine Arts in Pontevedra, which begins with J.Roselló and J.Chavete. G.Campos interviews him, he meets Isaac Diaz Pardo in the kitchen of the Galician Institute of Information and he begins to send students to Ireland andEngland. He begins a series of works about solid shades. In the Madrid City Council the official tel ls him that in screen there appears another Juan Femando de Laiglesia y Gonzalez de Peredo with the same identity card number, who lives in Malaga, but in his Gemini condition, he decides not to investigate.

The open competition to sculpture Cathedra is delayed because the President of the jury is caught in a fire in Ourense. He will obtain only three votes because of the difficulty to understand his project as academically appropriate to Sculpture.

He begins a series of drawing-traps for owls, bearing in mind the night visitor to his workshop in Tremoedo; four of them will be exhibited in '94 at the Edinburgh College of Art. But, in order not to exhibit, he pleads as excessive the administrative job of Dean, when in fact he didn't have very clear ideas.

He organizes with M. Copon, T. Barreiro, I.P-Jofre, J.Loeck and others, an intercontinental meeting of F aculties of Arts in which there intervenes the beloved printmaker and saxophonist Javier de Diego, who disappears in the Galician Coast of Death a short time afterwards. He visits Paolo Ucello s The Battle of S. Romano in London.

He writes Modal Landscape to present an exhibition ofGalician sculpturein the Museum of Lugo, which text is continued in the Castrelo Review, proposing then to J.M_a de Labra, J. Valverde and L.Novoa like the three great authorities of the current Galician Art, according to three respective aesthetic categories that he denominates Leira (to measure), Lareira (to narrate) and Lar (to remember).

He travels to Lieja and visits the University Sculptural Park, he represents to the University ofVigo in the conference of Mediterranean countries in Nicosia and he proposes in a symposium the Hermeneutics of the gerund to understand the sculpture.

He reaches fifty years of age without noticing and fixes his family residence in the house-shop of Tremoedo, in front of Montelobeira. He reviews a collection of writings that Ediciós do Castro will publish in '99 with the title Gross Theory for the Fragile Form. With his investigation group of Fine Arts, he proposes, in the ICOM 50th anniversary, Jupiter as a pattern for the artworks' restorers.

Having dinner in Madrid with F.Sinaga and the Leona group he doesn't understand why the Prado Museum extension is not solved by building on top another one, the same. He celebrates the centennial of Calder, Zubiri, Moore and Kobro by proposing in the inaugural lesson at the University ofVigo whether or not the University is a tetrahedron.

He carries out a series of radical sculptures that comments with F. Casas, A.R-Samaniego, J.L.Moraza and J.Loeck, and begins the construction of portable temples that will expose in the Pontevedra Sargadelos Gallery. He prepares a collection of sculptural prototypes with wheels that shall be used in the destruction of antipersonal mines.

In the Kuopio symposium, Finland, he proposes that the essence of Design, if it exists, would be to know how to pour Coca Cola in a Murano glass. It is elected manager of the sculpture Department, proposing in his program, next to J. Tudela, the erasing of the term sculpture as representing the academic guild. He decides to publish free this auto-cv in the Sargadelos Gallery exhibition.

He Supposes that he will be able to go into retirement and read Rainer Mil Rilke after having paid the Social Security contributions for thirty years, and so he will unblock the educational staff because he has never blocked the artistic one. 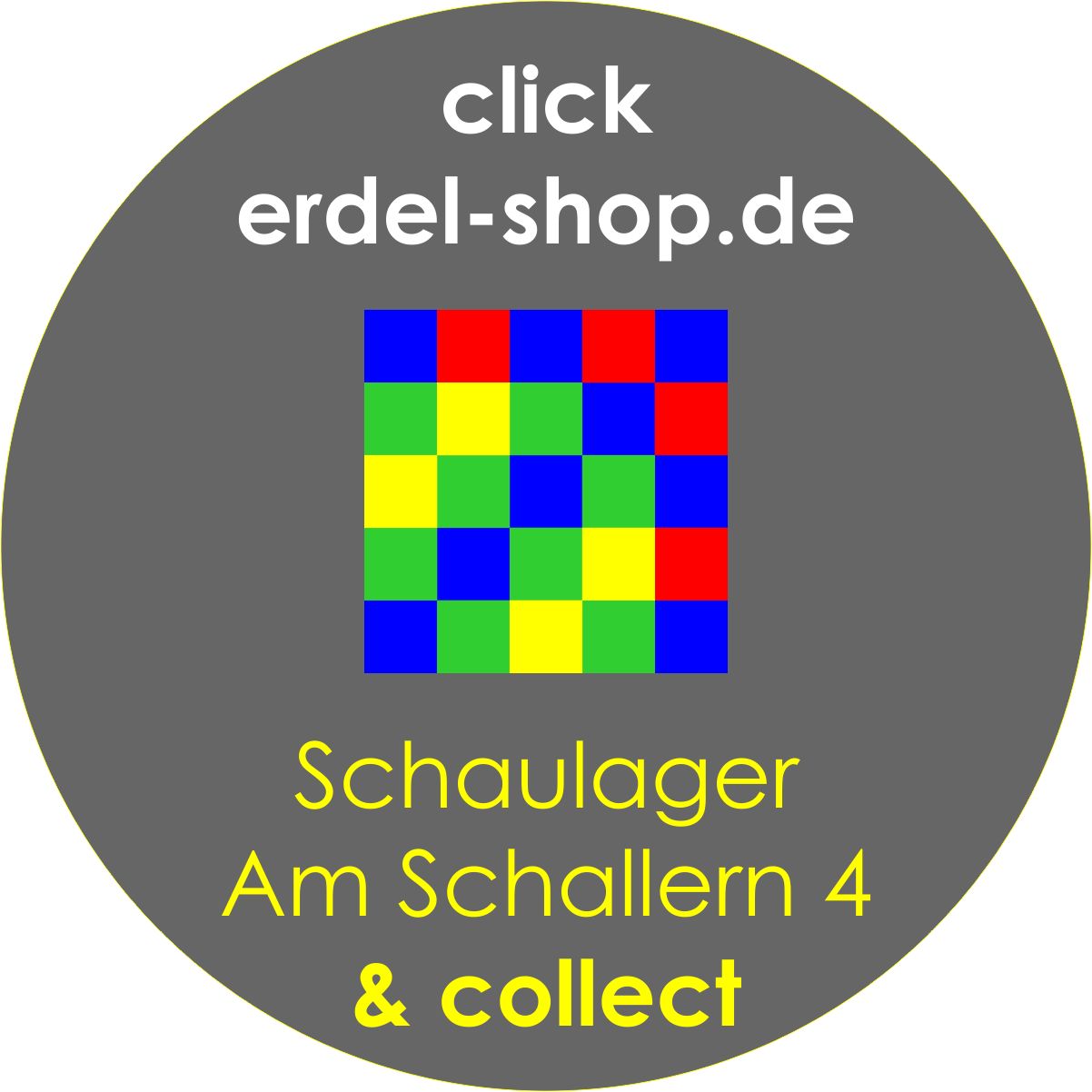